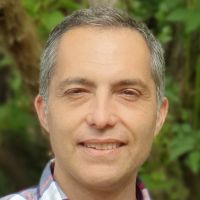 This user has not added any information to their profile yet.

About
Online, Face to face
Addictions, Self-Development, Stress Management
One to one session, Group session
English, French
A bit about me

I use Sophrology to help people in need with stress agitation, anxiety, post trauma, burn out. I offer them the methods I learnt which is made of listening to people, working upstream and also adaptating. I realize exercises of Caycedo's “protocols”. I'm specialized in tinnitus disorder, addiction and I combine Sophrology with cardiac coherence and biofeedback, because in my opinion it helps to regulate anxiety very quickly.

As a Sophrologist, I really work and adapt after the first meeting. I am trying to guide with empathy but also sometimes I motivate the client as an athlete even if I know sophrology is a personal and in time discovering of ourselves.
Sometimes, people need to focus more and to be coached in a way (I'm not a coach I swear!)
I am a sportsman and I love sports, so I also have a competitive approach, in order to boost (not stress). Of course I know the search is not perfection (which doesn't exist). It all depends with the alliance with the person anyway.

Few years ago, I met a sophrologist myself because I was having hard time with my job. I was so confused handling things and keeping going. It was a revelation for me.
And it changed my life!

Bastien was a young boy of 13, he was shy for his age, hiding behind is mum. His dad had died 1 year before and it was so hard for him. He wanted to be an Olympic swimmer but his physical was not ready. We had around 10 practises together and he immediately stuck with it. He was very studious if we can use this word in Sophrology. He was practising a lot and we worked as high as RD2 in less then 10. He made so much progress, his posture became completely different, he discovered new habits (smiles, speaks louder...) he also made fast progress as a swimmer where he won a lot of his competitions.

Sign up to our newsletter for all the latest information

We use cookies on our website to give you the most relevant experience by remembering your preferences and repeat visits. By clicking “Accept All”, you consent to the use of ALL the cookies. However, you may visit "Cookie Settings" to provide a controlled consent.
Cookie SettingsAccept All
Manage consent

This website uses cookies to improve your experience while you navigate through the website. Out of these, the cookies that are categorized as necessary are stored on your browser as they are essential for the working of basic functionalities of the website. We also use third-party cookies that help us analyze and understand how you use this website. These cookies will be stored in your browser only with your consent. You also have the option to opt-out of these cookies. But opting out of some of these cookies may affect your browsing experience.
Necessary Always Enabled
Necessary cookies are absolutely essential for the website to function properly. These cookies ensure basic functionalities and security features of the website, anonymously.
Functional
Functional cookies help to perform certain functionalities like sharing the content of the website on social media platforms, collect feedbacks, and other third-party features.
Performance
Performance cookies are used to understand and analyze the key performance indexes of the website which helps in delivering a better user experience for the visitors.
Analytics
Analytical cookies are used to understand how visitors interact with the website. These cookies help provide information on metrics the number of visitors, bounce rate, traffic source, etc.
Advertisement
Advertisement cookies are used to provide visitors with relevant ads and marketing campaigns. These cookies track visitors across websites and collect information to provide customized ads.
Others
Other uncategorized cookies are those that are being analyzed and have not been classified into a category as yet.
SAVE & ACCEPT